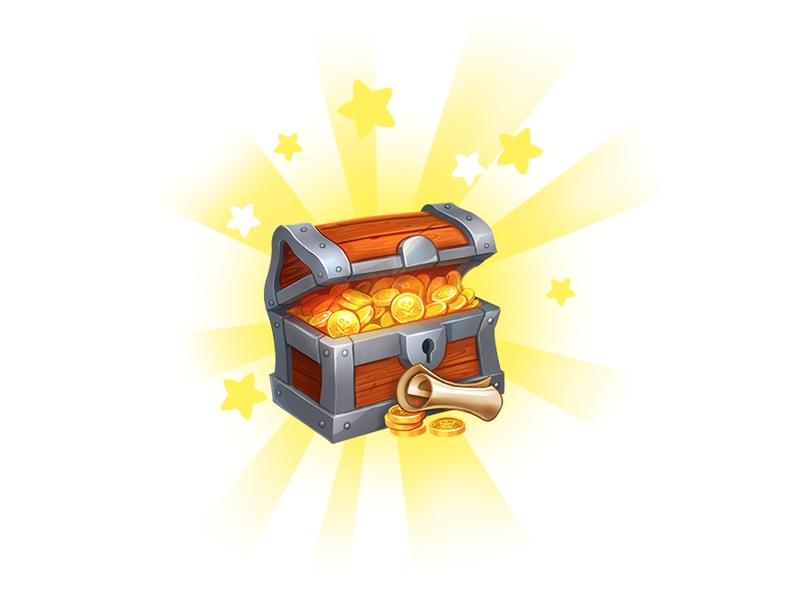 Sea Dog's Chest
Yo-ho-ho! Captain Emilia’s ship is on the horizon. Naomi’s friend, and the conqueress of the seas, has arrived at your resort with her crew to have some fun. Be ready for a pirate-style party!

Yet, something unexpected happened this time: Some unknown pirates have captured the eastern bay! Buy the water territory from them for kraken ducats and build your own buildings there.

Collect still more kraken ducats to build a Pirate Frigate and get the unique Baby Turtle Neil decoration. Complete quests, gain achievements and exchange unique gifts. The sea tournament and its rewards await! Meet the timeline and gain a valuable chest and a profitable accessory!

The Pirate Yacht brings piastres every 3 hours. Collect them to trade with the pirates, and they will reward you for your generosity!

Piastres also can be obtained:

Talk to the pirates

To get piastres they will do anything. Like give you resources for the Sea Adventure.

Play the Race mini-game on the Pirate Yacht

Drive around the coastal zone and look for piastres! 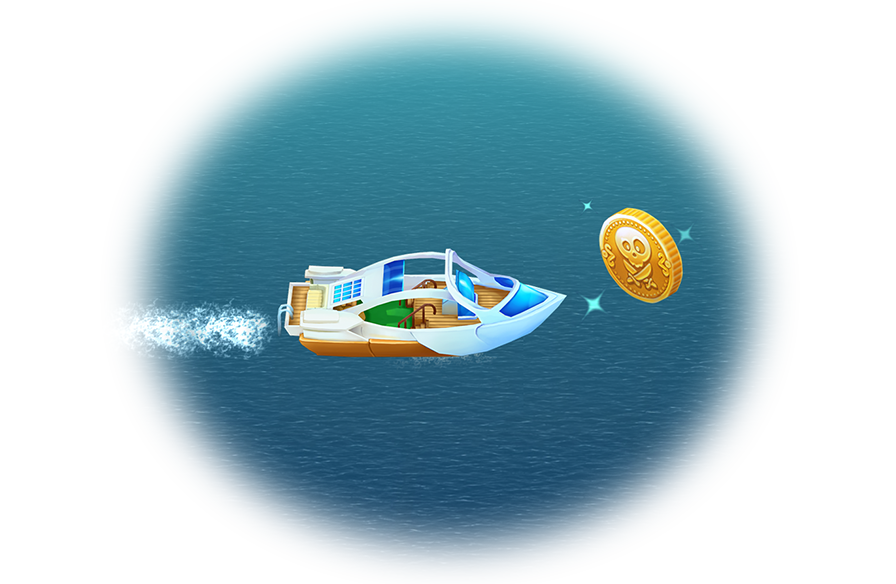 To play the mini-game, tap the Pirate Yacht and then the Race button. Make sure you have enough fuel!

You can trade it for valiable chests from sailors.

Send your friends an amazing gift

They will certainly be delighted by this beautiful Sea Maiden!

The eastern bay was captured by unknown pirates! Buy the water territory from them for kraken ducats and build your own buildings there. Note that the territories of the eastern bay can be purchased, only during the Sea Adventure, and under the following conditions: 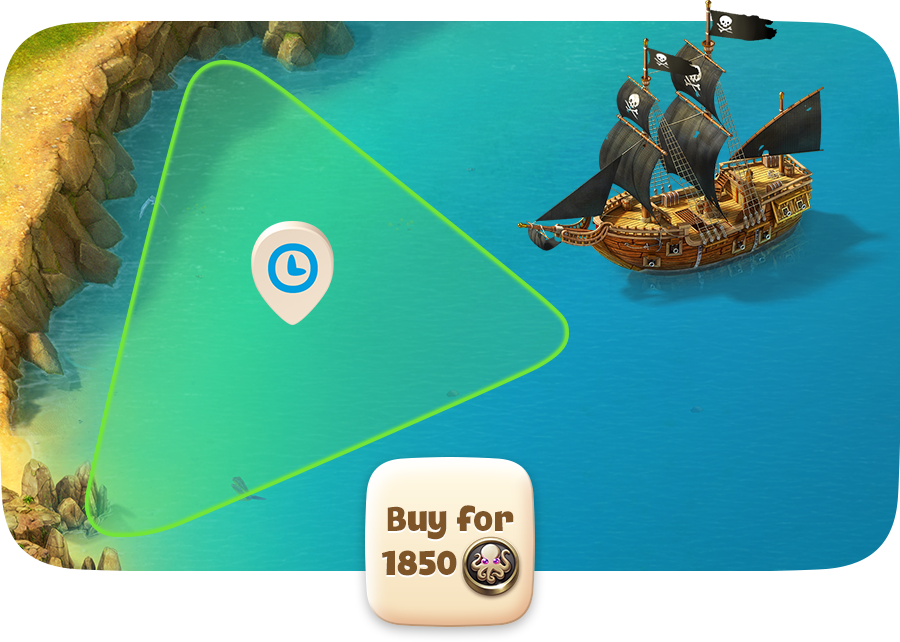 You can get kraken ducats:

A Pirate Frigate was added to the Exclusive tab of the game store. That’s a place for the true old sea dogs to rest. Collect kraken ducats during the Sea Adventure to gain this unusual hotel.

You can use ducats to build and upgrade the Pirate Frigate and hold a Pirate Party on board. Each time you throw this party you’ll be getting a special gift!

Get a cute decoration for the Island

On the Exclusive tab there’s a new decoration, the charming Baby Turtle Neil. Collect kraken ducats during the Sea Adventure to build it!

Don’t get upset if you cannot get enough ducats in time. The building of the Pirate Frigate and Baby Turtle Neil decoration won’t influence your advance through the event stages, and Emilia’s crew will stay a while on the Island.

Trade with the sailors

If you complete all the Sea Adventure quests before the event ends, sailors in search of resources will come to visit you. Satisfy their requests and get treasure chests as a reward:

Complete the event and get the prizes!

Meet the event conditions in time and get a valuable Sea Dog's Chest as a reward from all the pirates. You’ll also get a unique accessory, the Pirate Tricorn! It will increase a buildings income by 50% and your experience for profits collection by 25%. Good luck!